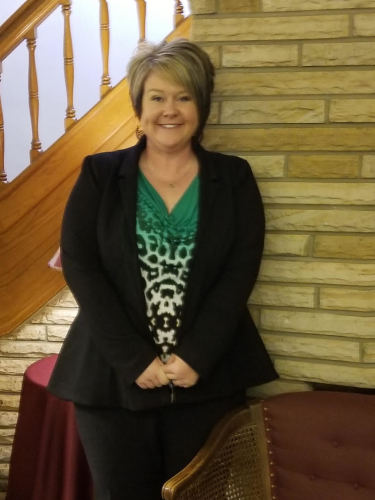 Vanessa is the daughter of Christine Tracy Ross and the Late Jack L. Ross, granddaughter of the late Clarence and Hazel Gussler Ross and Robert and Polly Dilts Tracy. She resides in Crooksville, where she and her husband Brandon, also own and operate B & V’s Snack Bar. In 2014, Vanessa became a Certified Crematory Operator and in 2015 was the first female in Southeastern Ohio (at the time) to earn her CFSP or Certified Funeral Service Practitioner title, which is the highest designation in Funeral Service. In 2019, she accepted appointment as a Sub Registrar with the Perry County Health Department. With a strong desire to have a positive impact on her communities and as many people as possible, she is a dedicated member of the Crooksville-Roseville VFW Ladies Auxiliary, Roseville American Legion Post 71 Ladies Auxiliary,  Crooksville-Roseville Pottery Festival Entertainment Committee, Lifelong member of Church of the Atonement, New Lexington Eagles Aerie 2070 Auxiliary, Muskingum County Big Brothers Big Sisters, OFDA Education Committee, National Funeral Directors Association, Ohio Funeral Directors Association, Life member of the NRA and Better Business Bureau. In 2018, she became an ordained minister through the Universal Life Church and has performed several weddings and funerals for those in her communities and surrounding areas. Her hobbies include, camping, golfing, skeet shooting, cruising to the Bahamas and Caribbean with her husband, attending Cincinnati Bengals & Columbus Blue Jackets games as season ticket holders and spending time with her family, friends and fur babies.

Vanessa has been a lifelong resident of the very communities that she serves. She spent most of her years as a resident of the Village of Roseville and began working in her family’s flower shop, Tracy’s Flowers, next to the Cannon & Cannon Funeral Home in the early 1990’s. It was at a young age she knew funeral service was her calling. In 1995, she began working at then, Cannon & Lanning Funeral Homes under the direction of Joseph D. Lanning and George J. Short. Vanessa graduated from Crooksville High School in 1998 and because of early college credits, began attending classes in the fall and each quarter thereafter with no summer breaks.  Vanessa was able to graduate from Ohio University with her Marketing degree in 2001, beginning classes at the Cincinnati College of Mortuary Science the next week. She obtained her licensure in September of 2003 and returned to work in her hometowns to continue her career of helping families in need. In February of 2015, the locations, previously known as Cannon & Cannon and Cannon & Lanning, now held her name on the sign, Ross-Frash Funeral Homes. In October 2016, she and her husband, Brandon Frash, became the rightful owners of the very locations that she started out working in as a teenager. It has been her life mission to return to her communities and serve them with dignity, respect and trust. 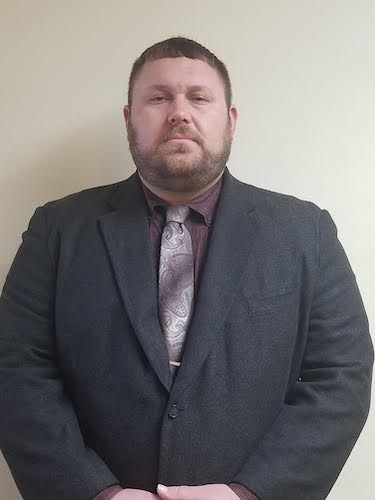 Brandon is the general grounds manager at the funeral home, where he helps in daily operations with everything that does not require licensure. He was born on August 15, 1983 in Zanesville, Ohio to Julie Walpole (Bob) Pletcher and Kirt (Kandi Taylor) Frash. Brandon graduated from Crooksville High School in 2002 and followed in his father and grandfather, Wayne Frash, footsteps and joined Local 200 and spent 12 years with Myron Cornish as a Union Carpenter and obtained his degree in Construction Management from Columbus State. He is a 3rd generation farmer and spends time working at his family, Walpole-Pletcher Farms in Deavertown along with his mother. Brandon has been employed with Cerco for the past 8 years and is a member of Crooksville-Roseville VFW, Roseville American Legion Post 71 (Sons), Crooksville-Roseville Pottery Festival Committee, Peerless Lodge 591 and life member of the NRA. He enjoys spending time with his wife, Vanessa Ross-Frash, who he owns and operates the funeral homes and B & V’s Snack Bar with, traveling to various places by way of cruise ship and attending Columbus Blue Jacket Hockey games as a season ticket holder. 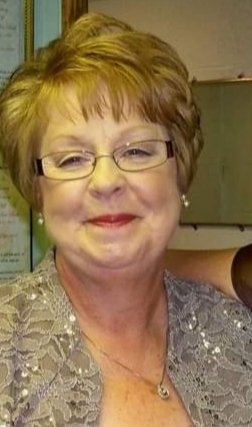 Chris has been a lifelong resident of Roseville, where she continues to dedicate her time working and organizing community events. She is the daughter of the late Robert L. and Polly (Dilts) Tracy and older sister to Jeannine (Tom) Snyder and Robert L.  “Bobby” Tracy. Chris married Jack L. Ross (son of Clarence and Hazel (Gussler) Ross) in June of 1977 at the Church of Atonement, Crooksville, where she still holds membership today.  She is an active member of the Roseville American Legion Ladies Auxiliary and enjoys volunteering to assist with blood drives, fundraisers, dinners and appreciation events for both veterans and the elderly. After spending almost 40 plus years working as an RN in the medical field, she knew in retirement she wanted to continue to care for people.  In November of 2016 she joined her daughter, Vanessa, as a greeter with the funeral home. Some of her hobbies include drawing, painting, sewing and socializing.